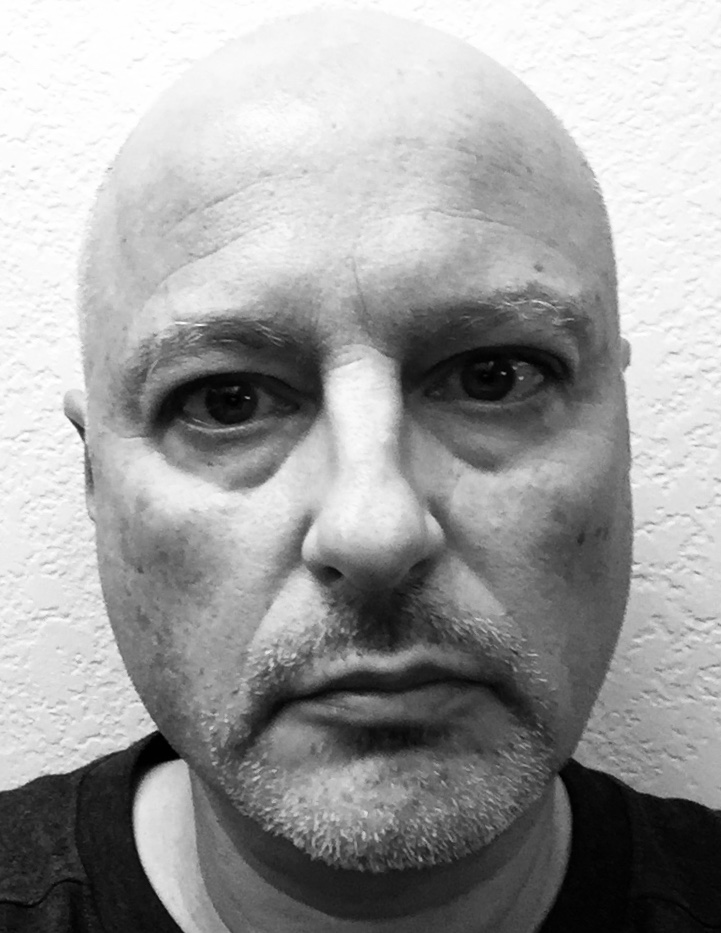 I was born in Havre de Grace, Maryland. I went to college in the Midwest. When I graduated, I moved to the Boston area because some friends were moving there. I worked in computers, first as a systems analyst at Instrumentation Laboratory in Lexington, later in the Sloan School at MIT. After a few years, I took a PhD in Philosophy at the University of Massachusetts Amherst. My first academic jobs were visiting positions. I was a Visiting Assistant Professor at North Carolina State University for two years and at Arizona State University for two years. My first permanent position was at Temple University. After three years, I was promoted with tenure to Associate Professor. I did not like living in the East, so I took a reduction in rank and returned to Arizona State University as an Assistant Professor. I enjoyed living there the first time. The desert in Arizona is beautiful. The sky is clear blue, and the sunsets are spectacular. Two years later, I was tenured and promoted to Associate Professor for a second time.

Service to the Profession:

PHI 319: Philosophy, Computing, and Artificial Intelligence.
An introductory study of logical techniques to model the intelligence of a rational agent.

PHI 328: History of Ancient Philosophy.
An introduction to ancient Greek philosophy from 585 BCE to 529 CE.

PHI 333: Introduction to Symbolic Logic.
An introductory study of symbolic techniques to represent statements and arguments.

PHI 420: Topics in the History of Ancient Philosophy.
Hellenistic Epistemology.


My academic research interests are primarily in ancient philosophy, although I have occasionally published work in epistemology and in other areas of contemporary philosophy.

In Plato’s Protagoras, Socrates argues that "the many" are confused about the experience they describe as "being overcome by pleasure." They think the cause is "something other than ignorance." He argues it follows from what they believe that the cause is "ignorance" and "false belief." I show that his argument depends on a premise he does not introduce but they should reject: that when someone is overcome by pleasure, the desire stems from a belief. To explain why Plato does not make Socrates introduce this premise, the account I construct is speculative. It starts from the assumption that Plato is thinking through an understanding of human beings and what they must do to live good lives that he takes the historical Socrates to set out.

•"Before and After Philosophy Takes Possession of the Soul. The Ascetic and the Platonic Interpretation." Journal of Ancient Philosophy, 14, 2 (2020), 53-75. [abstract]

In the Phaedo, to explain why the philosopher lives in the unusually ascetic way he does, Socrates explains what someone realizes when philosophy takes possession of his soul and how he changes his behavior on the basis of this information. This paper considers the conception of belief the character uses in this explanation and whether it is the same as the conception Michael Frede thinks the historical Socrates is likely to have held and that the Stoics much later incorporated into their doctrine of practice.

•"Academic Justifications of Assent"
What the Ancients Offer to Contemporary Epistemology (edited by Stephen Hetherington and Nicholas D. Smith). Routledge, 2020. [abstract] The Clitomachians and the Philonian/Metrodorians responded in different ways to the challenge the Stoic epistemology posed for the Academic assent to persuasive impressions. I argue that the Clitomachians did not respond in terms of the Stoic framework according to which the justification of assent is a factual property, that the Philonian/Metrodorians did, and that because they prevailed within the Academy, their response had an important consequence for the subsequent tradition. It allowed the Stoic conception of justification as a purely factual matter to enter the tradition without the accompanying support of the Stoic metaphysics.

•"Plato (ca. 427-ca. 347 B.C.): Apology of Socrates"
AUTOBIOGRAPHY/AUTOFICTION. An International and Interdisciplinary Handbook. Volume III: Exemplary autobiographical/autofictional texts. Edited by Martina Wagner-Egelhaaf. De Gruyter, Berlin, 2019. (Submitted 2013.) [abstract] I consider the possibility that the Apology is a work of autofiction. Autofiction is a genre in which the author tries to bring out something important about a person or a series of events that the author witnessed, but that the reader would miss in a straightforward historical account. My focus is on Apology 29c-30b, where Socrates explains what he will not stop doing.

•"Epicureanism"
The History of Evil, Volume 1: The History of Evil in Antiquity. 2000 BCE-450 CE (edited by Tom Angier), 163-174. Routledge, 2018. (Submitted 2012.) [abstract] Epicurus did not discuss evil as theological problem. He was interested in the practical problem of living well, and it is in this connection that Epicurus made a lasting contribution to understanding evil and its causes. He rejected the dominate line of thought from the classical tradition of Plato and Aristotle. Epicurus was an empiricist, not a rationalist. From within this perspective, he developed a new understanding of the good life.

The Stoics thought that once human beings become rational, they immediately form false beliefs about what is good and what is bad. There are no exceptions. Even the sage once had false beliefs about the value of things. The dispute among the Stoics was not about whether this happens, but was about how to explain the reasoning that results in these beliefs. The primary evidence for this dispute is Galen's discussion in On the Doctrines of Plato and Hippocrates. On the basis of this discussion and certain assumptions about how the Stoics understood impulses in the psychology of children and adults, I set out an interpretation of (i) Chrysippus' explanation of what happens at the onset of reason when human beings form false beliefs about what is good and what is bad, (ii) Posidonius' criticism of this explanation of the origin of vice, and (iii) the explanation that Posidonius himself thought was correct.

In "Knowledge, Bets, and Interests," Brian Weatherson makes a suggestion for how to frame a decision problem. He argues that "the states we can 'leave off' a decision table are the states that the agent knows not to obtain." I present and defend an example that shows that Weatherson's principle is false.

•Ancient Greek Philosophy: From the Presocratics to the Hellenistic Philosophers.
Wiley-Blackwell, 2011. [abstract]

I wrote this book to solve a problem. It seemed to me, when I was teaching ancient philosophy, that my students did not want to spend all their time taking notes. They wanted to listen and think about the material, and they wanted to take part in a discussion. For this to be possible, they must have some understanding of the material prior to class. The problem is how to give the students this understanding. The standard scholarly works provide the wrong kind of explanation for beginning students. These works are narrowly focused on a period within the history or on a specific text. Beginning students find such detailed analysis and argument difficult to comprehend because so much of it presupposes a general understanding of the historical figures and lines of thought that define the ancient philosophical tradition. The standard anthologies are the traditional alternative, but they do not provide enough explanation for beginning students. They provide brief introductory remarks, and these remarks are almost always too brief to provide the understanding beginning students need. What students need is an explanation of the lines of thought that define ancient philosophy and in terms of which it develops. This is what I try to provide.

In The Brute Within (OUP, 2006), Hendrik Lorenz tries to incorporate Plato's Tripartite Theory of the Soul within the framework of the ancient Rationalist/Empiricist tradition that Michael Frede outlined in a series of papers. To correct what I believe is a mistake in Lorenz's interpretation, I consider certain passages in the Gorgias in which Socrates discusses the kind of cognition he calls "experience." I argue that these passages strongly suggest that Plato, in the Republic, in the Tripartite Theory, allows for action to be completely a matter of the appetite and spirit, with reason playing no role whatsoever. Further, given my interpretation of the Tripartite Theory, I note that there is a clear connection between Plato's work in understanding the Socratic claim that human beings are psychological beings and contemporary work in philosophical psychology according to which cognitive behavior can be rational even though no part of this behavior depends on an instance of reasoning. Plato was the pioneer in the development of this idea, and Lorenz's interpretation unnecessarily obscures this fact.

Aristotle, as I understand him, tries to free Platonic rationalism from a confused ontology. He rejects the Pythagorean ontology of soul and body in which Plato had cast his rationalism. Reason is not inborn, according to Aristotle. Rather, reason and its knowledge naturally become present over time in the process of "induction." The question I address is how Aristotle understood "experience" when he says, in specifying induction in Metaphysics A1 and in II.19 of the Posterior Analytics, that knowledge comes through experience. My answer is contrary to the one Michael Frede gives in his "Aristotle's Rationalism" (Rationality in Greek Thought (edited by Michael Frede and Gisela Striker (OUP, 1996)), 157-173). I argue that the experience that underlies the expertise of the practitioner, e.g., the medical practitioner, is not the state of mind in the inductive process that precedes and gives rise to reason and its knowledge. The experience in induction is a state that characterizes the soul early in its natural development. The experience of a practitioner comes late in the life of an adult, if at all, and its presence is over and above the knowledge that belongs to reason. (I no longer have as much confidence in the argument of this paper as I had when I wrote it.)

•"In Defense of an Unpopular Interpretation of Ancient Skepticism."
Logical Analysis and the History of Philosophy: History of Epistemology, 8 (2005), 68-81. [abstract]

The subject of this paper is the history of late Academic Skepticism and its connection to the emergence of Pyrrhonian Skepticism. The two main ways to understand this period in history are anthologized in The Original Sceptics: A Controversy (Hackett Publishing Company, 1977), edited by Myles Burnyeat and Michael Frede. To many, Frede's position has been less convincing to many than Burnyeat's. Frede argues that life without belief was not a fundamental feature of Pyrrhonism. Frede presents his arguments somewhat confusingly, which has made his interpretation difficult to appreciate, but I argue that there is more to be said for Frede's interpretation than has been thought. I argue that Frede's interpretation, when properly understood, shows that the ancient skeptics in the Clitomachian-Pyrrhonian tradition are fallibilists who took the first steps in working out the view that epistemic justification is a matter of whether a belief is the outcome of a correct cognitive process and that correctness here need not be understood in terms of a reliable connection to truth.

In "Assertion, Knowledge, and Context" (Philosophical Review, Vol. 111, No. 2 (April 2002), 167-203), Keith DeRose argues for contexualism as follows. "The knowledge account assertion provides a powerful argument for contextualism: if the standards for when one is in a position to warrantedly assert that P are the same as those what comprise a truth-condition for 'I know P,' then if the former vary with context, so do the latter. In short: The knowledge account of assertion together with the context-sensitivity of assertability yields contextualism about knowledge" (187). I show that this argument is invalid.